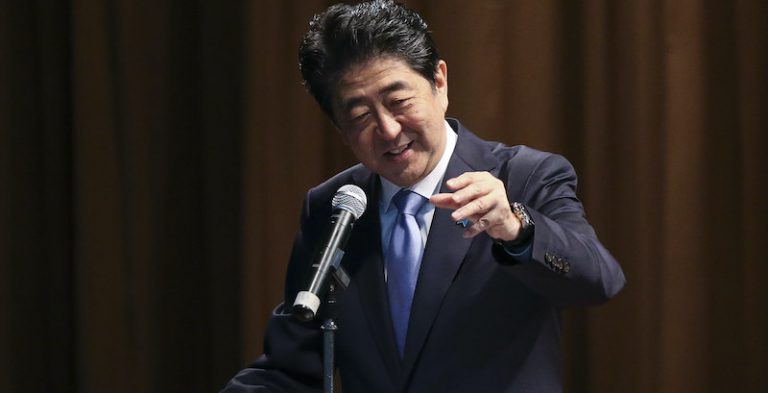 In Japan so far , 350 people have tested positive for coronavirus (SARS-CoV-2) , and 6 have died. Despite the rather limited numbers – Japan is behind France, Germany and of course Italy for the number of infected people – coronavirus is creating huge problems for the government led by Prime Minister Shinzo Abe, whose consensus has collapsed in recent weeks. Abe has been heavily criticized for adopting a confusing strategy to fight the virus: first he underestimated the emergency, then announced drastic decisions deemed illogical by his critics.

Abe’s problems began in January, when the Japanese government responded slowly to the onset of the coronavirus epidemic in neighboring China, a country from which many tourists visit Japan every year.

In early February, criticism of the government intensified due to delays and errors in handling the Diamond Princess , a ship stranded in the port of Yokohama, Japan, after a passenger who landed in Hong Kong tested positive for the virus. The government had delayed imposing quarantine on board, resulting in 691 people infected and 4 passengers dead. Furthermore, Abe had not seemed able to support questions for coronavirus swabs: while other neighboring countries were expanding their diagnostic capabilities, Japan continued to struggle, carrying out a few hundred tests.

As Ben Dooley wrote in the New York Times , with the increase in problems related to the spread of coronavirus, Abe seemed to have no interest in the matter: «He only made brief appearances at strategic meetings and spent his evenings drinking wine and having dinner with friends and his ministers, appearing at parties even when his government had invited everyone to avoid events with many people. ” “Where did Abe go?” Was one of the headlines in the international press to describe the prime minister’s inaction.

A week ago, in contradiction to the measures taken so far, Abe had announced the closure of all schools in the country as a precaution, especially to try not to compromise the next major international event to be held in Japan in 2020: the Olympics expected to start in Tokyo in late July. The announcement of the closure of the schools, considered drastic by many, had been met with great criticism by a large part of the population and by the opposition, which had questioned the effectiveness of the measure and said it was concerned about the possible consequences on the life of many families.

According to Yoichi Masuzoe, a former health minister and one of those responsible for the Japanese response to the 2009 flu pandemic, the government’s handling of the current crisis has been disastrous because “Abe has been in government too long”.

Masuzoe, as well as other prime minister critics, argues that during his seven years in government, Abe has strengthened his power so much that he has minimized dissent both among his ministers and within his party, the Liberals. Democrats, center-right. “All ministers are under Abe’s control. Nobody can say a word against him, “said Masuzoe, trying to explain the lack of a coherent government strategy regarding coronavirus.

The crisis caused by the coronavirus, however, is worsening a situation that was already critical in several respects, in particular the economic one.

In the last quarter of 2019 the economy of Japan had already contracted by 6 percent due mainly to the increase in the consumption tax from 8 to 10 percent – the equivalent of our VAT – decided to restore the coffers of the state, to support the expenses for social policies and to remedy the damage caused by the two typhoons that hit the country between September and October. Abe himself had been involved in several scandals, although he had always managed to get out quite well: only over the past year, two of his ministers had resigned and his government had been accused of destroying documents related to possible illegalities of the placement of public funds.

The decline in consensus due to the management of the current crisis could force Abe to review his plans for the future, which are currently particularly uncertain.

It is not clear, in fact, whether Abe is intending to run for president of the Liberal Democratic Party and to seek a new mandate as prime minister. His decision, and his future, may depend on what will happen in the coming weeks, and in particular on what will be decided on the Tokyo Olympics, the cancellation of which could cause Abe to further collapse in consensus.