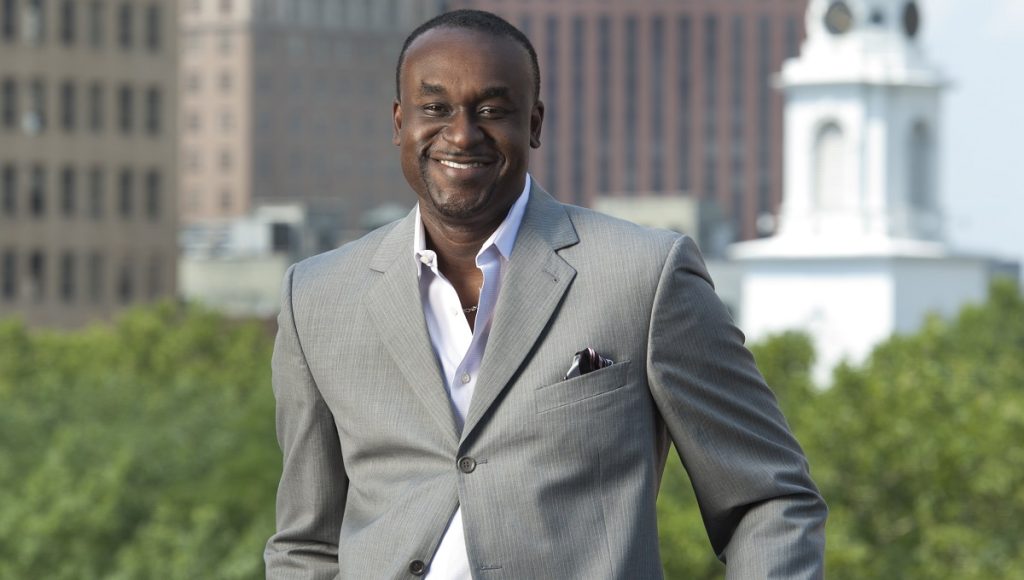 Founder, Chairman and CEO of Tempo Networks Frederick A. Morton, Jr., a graduate of Rutgers University School of Law in Newark, on the roof of the Tempo office in Newark

It is a universal fact that you cannot unlove the people you grow up with and the place where you come of age. No matter wherever you go, whatever you become, you always find a big chunk of your existence strongly attached to your birthplace and its people. That magnetic emotional and spiritual tilt towards your native land stays with you like a shadow. And if that native land is one like the Caribbean, the connection becomes even more undetachable. Frederick A. Morton, Jr., the founder and CEO of TEMPO Networks, is a glaring instance of that.

“I was born and raised in St. Croix, the United States Virgin Islands,” says Frederick. “The island is a perfect mirror image of what the Caribbean has to offer; culture, cuisine, music, feasts, festivals, and whatnot,” he further added, with a beaming smile on his face. That smile is understandable in multiple ways; first, it is soaked with an undying love for the region that Frederick inherits. Second, it represents the pride he takes in promoting the culture he grew up in.

And third, that smile mirrors the satisfaction Frederick enjoys after achieving his dream of launching and growing a television network and media company dedicated solely to the Caribbean and its extraordinary culture and people. He believes the Caribbean has a story to tell the world; a story of religious and cultural harmony, brotherhood, peace, and above all, love.

The Caribbean, Frederick believes, is more alike than different. Despite a number of languages, religions, and customs, this ‘paradise on earth’ finds numerous things that connect all the islands/countries in an odd way and make them one single entity. Uniqueness is one of them.

The region is rife with ethnicities who all have different languages, accents, beliefs, customs, and traditions. However, this very feature of Caribbean islands brings all closer to each other in order to celebrate this uniqueness. You will see it in the parades carried out on some national or religious days or on festivals; these events are often brimming with people all dressed up in their specific costumes, banging their music, singing, cheering, and dancing their dances. ‘An amalgamation of Caribbean culture’ will suffice to sum up such feasts.

Further, food is another thing that glues Caribbean nations together. For many around the world, food is a mundane activity carried out in the kitchen.  However, it won’t be the best description for the Caribbean. For them, food is an opportunity to come together, talk, help, and enjoy every sip and bite to escape the mayhem of daily life and find solace in these moments.

“Such is my Caribbean, and that’s the story it wants to convey to the world,” says Frederick. And with TEMPO Networks in full swing, he has founded an excellent medium to be the conveyer of the story.

Visit the TEMPO Networks website to know more about the Caribbean and its amazing people and culture.

3 reasons why your online store sales are stalling …

Why Outsource Certain Tasks As An Entrepreneur?

Founder & CEO of TEMPO Networks, Frederick A. Morton, Jr., Shares His Thoughts about the Caribbean and its magnetic Culture 

Founder & CEO of TEMPO Networks, Frederick A. Morton, Jr., Shares His Thoughts about the Caribbean and its magnetic Culture