During the pandemic, TikTok became one of the most influential social media platforms used by people from all walks of… 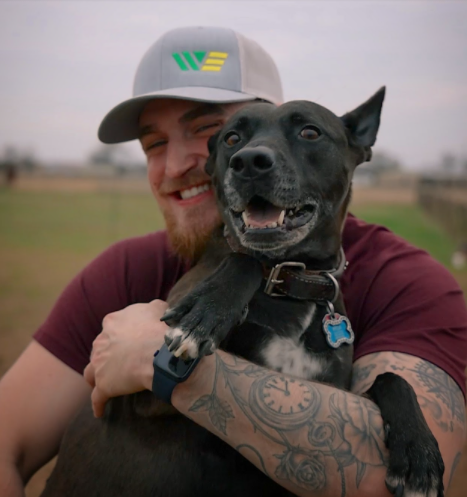 During the pandemic, TikTok became one of the most influential social media platforms used by people from all walks of life worldwide. With this instant boom, an overload of influencers have made their names in the industry through the app. As a content creator, Nick Luciano proves that being an influencer is not limited to passion alone. He wants to show the world that he is a man of versatility who will reach the top of the industry.

Nick Luciano is known for his TikTok video titled “Sugar Crush,” which gained 220 million views and 43 million likes. Behind this amusing, fresh, and out of the blue content is its own worthwhile story to tell.

The 24-year-old cowboy has been continuously making content for 11 years with a purpose to spread joy and positivity. This period allowed Nick Luciano to venture out and see the growth of content creation and how it was revolutionized throughout the years. It all started with a camcorder that he got on Christmas, which he used to shoot basketball trick-shot videos and gaming videos. Later on, he moved to Vine, where he pursued comedy and expressed his quirky self.

Behind his talent, Nick Luciano works as an engineer. After Vine died, he focused more on his studies and his degree. He then graduated from the University of North Texas College of Engineering in 2019 with a 4.0 GPA. He worked as a mechanical engineer in the US army, a job that involved using high-speed cameras. Because of this, his love for the art of videography was reignited.

He had two mentors that helped him become better at videography and inspired him to start his own videography business. That was the start of the Luciano brand. He created Luciano Media LLC and began shooting small projects for friends before moving on to weddings and equestrian promo films. He then discovered he could combine his passion for the western lifestyle with content making.

Growing up in a small town of North East, Maryland, Nick Luciano is filled with inspiration wherever he looks. There, he started to grow his talent in recording and documenting his life, whether it was with a camcorder he got for Christmas or when the iPods first came out with cameras.

Nick Luciano currently lives his dream simply on a ranch in North Texas, riding horses, working on his diesel truck, working out, and most importantly, continuing his passion for videography. By projecting his versatile and entertaining personality, Nick’s content provides a different view of the internet’s country creators.

Billions of videos and talented creators on TikTok are going viral. Even so, for a video to reach the top ten of the charts quickly is unheard of. Nick Luciano is ready to achieve success alongside others.

Now, Nick Luciano is starting his brand through a western wear clothing line. This effort enables positivity to be instilled creatively, giving hundreds of people the push needed to give their very best in everything. With his life motto, “Bulletproof Mindset, Strive for Excellence,” Nick Luciano has been spreading nothing but motivation and inspiration. He hopes to be the instrument of thinking outside the box and trying something different.

Nick Luciano is the breath of fresh air the industry has been waiting for. With his versatility, personality, and countless content, he exudes positivity during these most challenging times. Learn more about him and his work by visiting his TikTok account or through his brand’s website.