Many noticed her in the photo taken yesterday with Boris Johnson at Buckingham Palace: she also needs it to communicate… 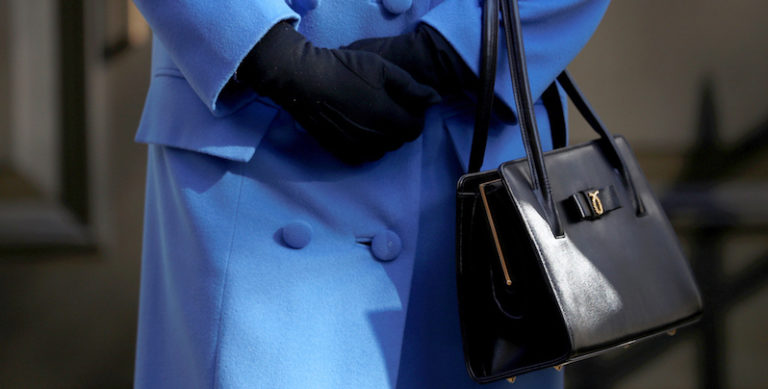 Many noticed her in the photo taken yesterday with Boris Johnson at Buckingham Palace: she also needs it to communicate to her staff when she is bored

Boris Johnson, former Mayor of London and former British Foreign Minister, officially became Prime Minister on Wednesday and met Queen Elizabeth II at Buckingham Palace. The photo of the handshake appeared on websites and newspapers around the world. It revived the attention of many people on a specific detail: although she was at home, the Queen was wearing her handbag under her arm, as she always does.

It may seem eccentric for someone to wander around her rooms with a handbag, as if she needed to take something with her: especially if that someone is the Queen, who probably doesn’t have to carry around her cell phone, wallet or documents; or one might think that the Queen never leaves essential state secrets, Crown jewels, nuclear codes.

The reality is quite different, and the meeting with Johnson was just an official and formal occasion to appear fully dressed. The handbag, however, is also used by the Queen to communicate from afar with her staff: it’s not clear what’s inside it and over the years meticulous biographers and authoritative British newspapers, such as the Guardian and the Telegraph, have dealt with it. A book has even come out on the subject, What’s In The Queen’s Handbag: And Other Royal Secrets by Phil Dampier, who has been writing and looking after the British royal family for 33 years.

The tabloids and fashion experts meticulously analyze Queen Elizabeth II’s wardrobe, whether it’s the brightly coloured hats or the brightly coloured outfits chosen – it seems – so that British citizens can easily recognize her from afar. We know that she prefers 5 cm heels and silk scarves by Hermès, which has an umbrella matching each outfit and a collection of 200 leather handbags by Launer, a prestigious London company founded in the 1940s that has been supplying her since 1968. Her favourites are the Traviata model (23cm x 20cm x 10cm), which costs around 2,000 euros; hers have a slightly longer handle so that she can hold them more comfortably on her left arm.

Sally Bedell Smith – author of the famous biography Elizabeth the Queen: The Woman Behind The Throne and consultant for the play The Audience, where Helen Mirren plays the Queen – wrote in the women’s magazine The Lady about when Phil Brown, coach of the Hull City football team, told her that he peeked into the Queen’s bag during a formal lunch: “there were all the things you would expect: makeup, purses, coffee sweeteners, the usual things. One imagines that the Queen has a girl carrying her purse, but for her, it was almost a Linus cover”. However, some assistants have an extra pair of gloves and an emergency needle and thread with them; her secretary has the papers with the speeches.

One of her assistants explained to Bedell Smith that the Queen prefers to have a comb, lipstick – which she usually wears at the end of meals – and a pack of handkerchiefs in her handbag. Often there are also a pair of spectacles, mints and a pen (although the royal family doesn’t sign autographs, it is possible to write in a guest book); she rarely carries money with her, except for a £5 or £10 note as an offering for mass.

Among the items that came out of the Queen’s handbag hook for hanging the bag at the table. A guest at a dinner party of her cousin Jean Willis once told Bedell Smith: “I saw the Queen open the bag, pull out a suction cup and spit on it inconspicuously; then she stuck the suction cup under the table; it had a hook and she hung her purse on it. The Queen also uses her handbag to keep things she finds lying around in it. For example, in 1983, during a trip to California with her husband Filippo, guests of the President of the United States Ronald Reagan and his wife Nancy Reagan, the Queen finished a dinner with a fortune cookie, Chinese sweets with a card and a sentence inside (similar to our Baci Perugina): she read the message, showed it to her husband and then slipped it into her purse.

The Queen’s handbag is not only used to carry things: she writes the Telegraph that Elizabeth II uses it to send messages to her staff. When she puts it on the table during a dinner or an event, she is asking to finish it within five minutes; if she is laying it on the floor and is bored and asks for an assistant; if she is talking to someone and moves it from arm to arm, it means she wants to cut it out.

Sunny Bunny Swim: A Swimwear Brand Dedicated to Making a Difference Across Communities