Not only do they buy online, but they form their taste on the social networks of companies and influencers: with… 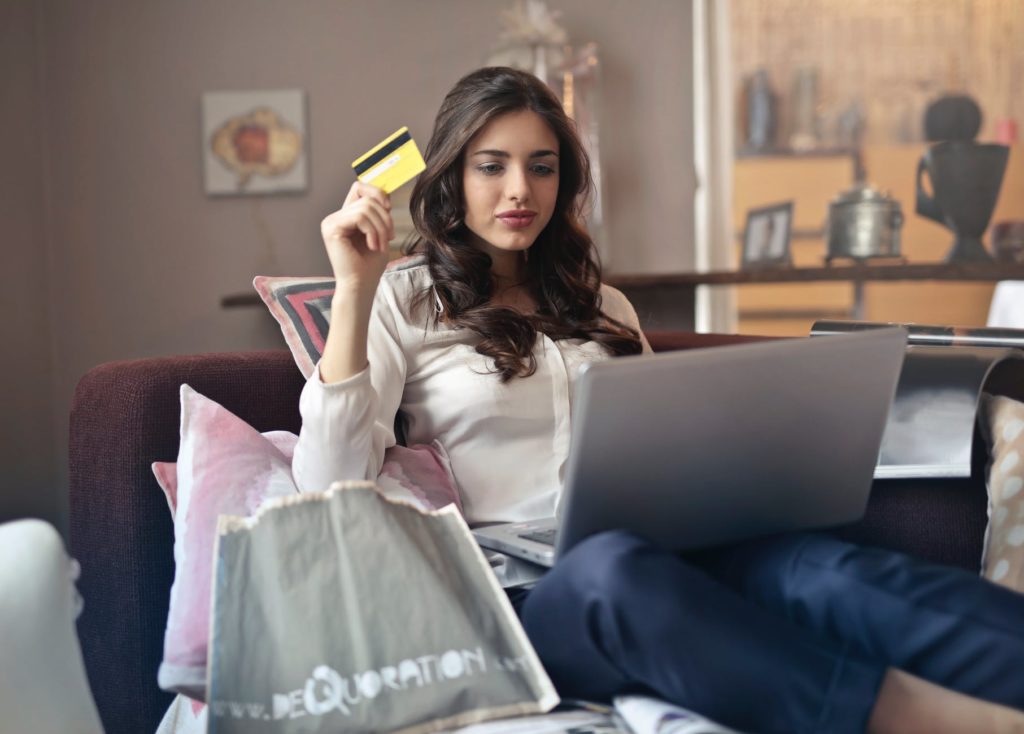 Not only do they buy online, but they form their taste on the social networks of companies and influencers: with great consequences

In the last ten years the internet has completely changed the way we shop: it has accustomed people to buy online, causing the system of large shopping centers and retailers to be in crisis, has brought down some companies and has led others to success and it has become the main place to find out what you want by taking the place of shops, movies on TV and fashion magazines. This trend is evident especially among teenagers who, says the fashion site Business of Fashion , grew up with social media and are used to buying in a new way: they find inspiration on Instagram, in the accounts of brands and influencers, looking for what that he likes on apps from retailers like Depop, inquire in detail about the values ​​respected by the brands, favoring those attentive to the environment, gender issues and respect for all types of bodies.

At the beginning of the century there had been a similar change with the arrival of fast fashion chains , which offered a continuous assortment of trendy clothes of poor quality and very cheap: they sold a mountain of clothes and accessories to choose from and change within a few months and they were structured like a great collector of trends where anyone could find the one that was right for them. They soon crumbled the solidity of the fashion chains of the time, which were more expensive, very identity, full of logos and aspirations, that is, they presented a model of life to strive for; in the United States the main ones were  Abercrombie & Fitch, Hollister and American Eagle, all set on a very American image. They could not keep up with the prices and the weekly replacement of the big chains like Forever 21 and H&M, which became the giants who dictated to teenagers how to dress.

Ten years ago the shopping center was still at the center of the sales system; for example, according to research conducted in 2010 and reported by BoF,the girls were not very interested in the “internet channel” and continued to consider shopping above all as a “social event done at the mall”. Now, however, “with social media and e-commerce, young consumers are empowered to do research and choose the trends that interest them”. By 2020, Generation Z, i.e. those born in the mid-nineties, will represent 40 percent of consumers worldwide, with a purchasing power of 150 billion dollars a year and with a way of shopping that it takes place prevalently on social media and through social media. Companies that had established themselves in the Zero years are struggling to adapt to new internet rules – such as algorithms and influecers on Instagram and TikTok, the popular social network among teenagers where they publish short and funny videos – and suffer from the competition of brands that successfully chase online trends, such as Brandy Melville, Everlane , Allbirds.

Furthermore, each social network offers a different aesthetic model. The TikTok e-boys and e-girls for example, have a more grunge, rock and androgynous taste. One of them, Noen Eubank, has just become a testimonial of the French fashion company Celine, led by creative director Hedi Slimane, who has always chosen skinny models not very different from the so – called soft-boi or flower-boi of TikTok, boys who do not they fear to show a feminine side, like Timothée Chalamet and Harry Styles.

The VSCO girls – named after the app that allows you to take, retouch and share photos – wear the new American preppy style (the college one, made of checkered and pleated skirts, blouses and sweaters). They are mostly white, of the middle class, wear long and short shirts or mommy jeans (a particular cut high at the waist and with a wide leg), wear chokers around their necks, tie their hair with scrunchies , turn with water bottles (branded Hydro Flask) and Fjällräven backpacks (those with the fox design), wear Brandy Melville, Nike, Crocs, Birkenstock, Vans and Urban Outfitters.

Apps like Depop , where anyone can make an account and sell their clothes to anyone, have created an aesthetic, a community and characters that influence how teenagers dress. Even the boutiques, vintage or otherwise, that publish photos of the things they sell on social networks have invented a new genre of fashion photography, still far from what appears in the magazines, but widespread and recognizable: it is more spontaneous, realistic, friendly and close to his audience.

Finally, Gen Z is more attentive than the previous one to the values ​​of the companies and shops from which it buys. According to a report reported by BoF , 82 percent are more likely to buy from a brand that respects ethical practices while nine out of ten people, also from Gen Z, think that brands have a responsibility to explain what they believe from the point socially and environmentally. This does not automatically translate into the success of only environmental, feminist and anti-racist brands, but is at the basis of the idea that brands should not sell clothes but offer a way of life. As BoF explains , they must “develop and adopt a complete identity with a recognizable set of values, with a specific aesthetic and a voice made especially for the internet”.

Successful companies of the Zero years have rarely managed to do so. Abercrombie & Fitch and American Apparel were stuck in “a homogeneous, glamorous and hypersexualized image”, proposing a model very far from that sought after by new teenagers. Both also insisted on the thinness of the models, on a very traditional idea of ​​beauty and on the sensual and allusive exposure of the bodies. Abercrombie CEO Mike Jeffries resigned in 2014 and his successor is now trying to turn the company around, while American Apparel founder Dov Charney resigned in 2016 after sexual harassment allegations. Another exemplary case is that of Victoria’s Secret, a popular underwear chain. For years she has persisted in proposing a very traditional image of female beauty – tall, thin, white, sexy models – and has tried to adapt too late to the request for attention to different bodies, suffering the competition from companies that have advertised and fashion shows with skinny, fat, white, black, Asian women of all ages, not retouched, like Rierie’s Aerie and Savage x Fenty . Victoria’s Secret sales have dropped, it has closed many stores and this year has canceled its annual fashion show , which had long been one of the most anticipated fashion moments.

Forever 21 has asked the controlled administration while huge stores in central passageways, such as Times Square in New York, which once generated more than $ 4 billion in sales per year are now semi-deserted and depleted by very high rents. The crisis also affects luxury department stores, such as the famous Barney’s New York, which asked for the controlled administration in August.