Unlike almost all foreign governments, it has no special flights, for fear that they will bring the virus with them… 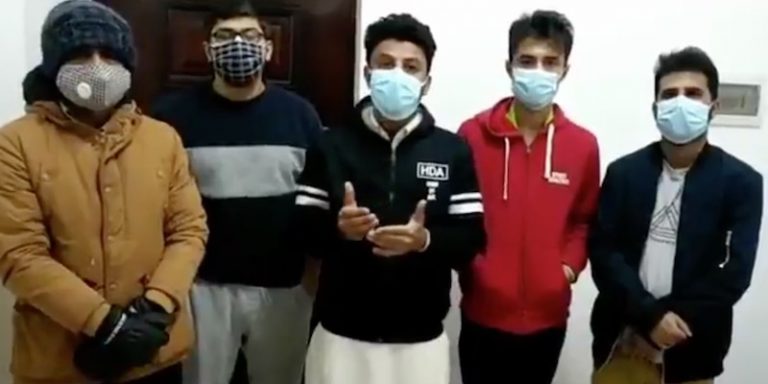 Unlike almost all foreign governments, it has no special flights, for fear that they will bring the virus with them and not to upset China

Wuhan, in China, has more than 11 million inhabitants and was home to many foreigners – in the tens of thousands – before becoming the city from which the new coronavirus (SARS-CoV-2) spread. Most of them were repatriated to their countries – it happened to Italians, except for a 17-year-old with fever – but among those who had to stay there are about 800 Pakistani students who are still in the city.

You might be interested: The Post has made a newsletter about the coronavirus to update and inform about the things to know and the things to understand: it will arrive every day as long as it is useful, it is free and open to everyone: you can subscribe here.

The government of Pakistan has not organized return trips for these students, who, because of the rules to contain the contagion in Wuhan, must remain locked in their dorm rooms – the same ones that other international students have now left – isolated from each other. A few days ago doctor Zafar Mirza, Pakistani Prime Minister Imran Khan’s advisor on health issues, explained in an interview that the decision not to return the students “is a good decision for both the country and the students” because China “is taking care of them”.

Pakistani students are not the only ones whose governments have no repatriation plans: it is also happening to more than 100 Yemenis currently in Wuhan. Then there are hundreds of non-Chinese people who have chosen to stay in Wuhan despite having had the opportunity to return to their countries of origin.

Mirza did not add much more, but what the students and their families have understood is that Pakistan does not want to risk that the arrival of people infected with SARS-CoV-2 will cause a spread of the virus in the country. Pakistan has a problematic health system (lack of specialized doctors and drugs) and has never been able to contain the spread of contagious diseases; together with Afghanistan, it is one of the two countries in the world that have failed to eradicate polio, and both HIV and dengue viruses are on the rise.

Imran Khan wrote on Twitter that he instructed diplomatic institutions in China to “do what they can” for students stuck in Wuhan. Still, his government has not responded to requests from international newspapers for more information. It is thought that another reason why it was decided not to have students repatriated is that Pakistan does not want to jeopardize good relations, both economic and political, with China. Even among the students in Wuhan, some suspect that the government of Pakistan wants to be respectful towards the Chinese government. Confirming this theory is the fact that last week Pakistan resumed air links with China, excluding Wuhan. Pakistani citizens in other Chinese cities can return home if they test negative for the coronavirus.

Also on Twitter, Khan wrote, “Pakistan is on the side of the Chinese people and government at this challenging time, and will always be on their side.

Some of the Pakistani students interviewed by The New York Times and The Guardian are happy to stay in Wuhan instead of returning to Pakistan because they believe that Chinese hospitals are better than Pakistani hospitals. The most nationalistic of them also care that Pakistan maintains good relations with China.

Others had also complained to the government because of the movement restrictions imposed in Wuhan they were left without money and supplies: as part of the Chinese population of the city they did not have time to stock up on food before the order was given not to leave their homes. A Pakistani student told the New York Times that he and his classmates boiled running, non-drinking water for three days so they could drink.

Some students have posted messages on social networks asking their government to intervene and get them back to Pakistan.

In response to the requests of some Pakistani students in a university residence, the university has devised a system to send food to the students avoiding possible contagion: students can request meal by going to an office; they must then return to their rooms and wait for a knock on the door to inform them of the delivery. The person in charge of the delivery leaves before the students open the door.