Yes, yes, the human body is already fascinating and surprises us again and again with its abilities. But would you… 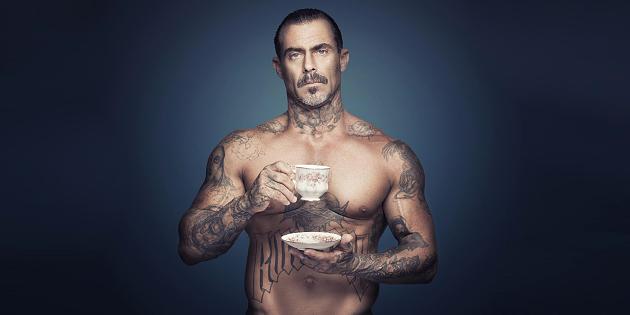 Yes, yes, the human body is already fascinating and surprises us again and again with its abilities. But would you have known about this?
Every one of us has probably learned more about the human body through the cartoons “Once upon a time … the body” than in several years of bio-lessons.

Nevertheless, we would like to refresh our body knowledge at this point and have six facts about the body here, which are amazing and can be used in tough small talk at company parties.

1 A quarter of all bones are.

…in the feet! That’s right. A human being has about 206 bones, and there are 26 in each foot, that is 52 together. But after all, they have to do hard work and carry us more or less many kilometres through life every day.

2 Man is a firefly

But unfortunately, we shine almost 1000 times too weakly to be perceived by a human being. BUT: We glow! So we can do bioluminescence also. At least that’s what Japanese researchers recently discovered.

No, it’s not the title of a dirty little film, but roughly the amount a man ejaculates in his life. On average, of course, and assuming that a (healthy) man is on average sexually active (whether alone or with a partner) between the ages of 15 and 60. Then you will have about 8,000 to 15,000 ejaculations, which results in about 30 to 50 litres of sperm.

4 The nail of the middle finger grows fastest

Is it a coincidence that it is the middle finger of all fingers whose nail has this ability? Who knows. The fact is that our fingernails grow an average of 3.5 millimetres per month and the middle finger is the fastest. By the way, this is because the growth rate of the nail is proportional to the length of the outermost phalanx.

5 Bones are stronger than concrete

Just imagine: A bone about the size of a matchbox can support a weight of nine tons! This is because most human bones contain trabeculae. The bone beams are therefore constructed like a three-dimensional scaffold, thus providing enormous stability. By the way, the strongest bone is the jawbone.

6 The muscles in the eyes move the most

You can lift as many dumbbells as you want, but the other tissues in the body will have difficulty reaching the frequency of the eye muscles. The outer eye muscles move up to 100,000 times a day, including movements that reach a speed of 500 meters per second.

Thomas is the Engagement Editor, where he squeezes the freshest artisanal juices from the web every single day. He got his start as a writer for The Verge and a member of the VICE Media Growth Team before arriving here. Mobile photography forever, family.